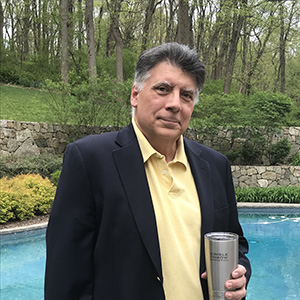 Mr. DeSimone is an award-winning entrepreneur and business executive with more than 30 years experience growing early and expansion stage enterprises. He has founded, developed, managed and exited from businesses in each of the last three decades with returns to investors ranging from two to ten times their initial investment.

Mr. DeSimone was a founder, Director, Chief Operating Officer and acting Chief Financial Officer of EKR Therapeutics, Inc., a stand-out specialty pharmaceutical company which has grown to nearly $300 Million in annual sales. EKR was founded and launched in 2006 when it was recognized as Early Stage Company of the Year in NJ. The Company was also been recognized as Private Company of the Year in 2009. Mr. DeSimone was a leader on the team that completed three product acquisitions, four rounds of equity financing, and two rounds of debt financing to facilitate the growth of EKR. Under Mr. DeSimone’s leadership, EKR generated more than $90 Million in EBITDA per year in 2008 and 2009. Mr. DeSimone was honored in 2008 by the New Jersey Technology Council as NJ CFO of the Year. Through his investment partnership, Roxiticus Valley Life Sciences Fund, Mr. DeSimone has invested in each of four rounds of equity financing for EKR, including providing the seed money capital for the business.

Mr. DeSimone founded Roxiticus Ventures, LLC and the Roxiticus Valley Funds in 2001, providing seed money and advisory services to early stage businesses. These included ESP Pharma, a specialty pharmaceutical company, where Mr. DeSimone served as an advisor and investor, working with the founding team to secure the initial seed money funding and supporting the initial acquisitions that formed the company in 2002. ESP Pharma was sold for approximately $500 Million to PDL BioPharma (NASDAQ:PDLI) within three years of starting operations, returning as much as 10 times the original investment to early stage investors.

In 1998, Mr. DeSimone founded Planet Technology Solutions and served as its Chairman and Chief Executive Officer until the Company was sold in 2001, returning four times the original investment to shareholders. The Company is now part of California Amplifier (NASDAQ:CAMP). Mr. DeSimone has held board positions and has served as an advisor for dozens of successful business ventures in the life sciences, health care, technology and business services sectors over his career in the past three decades. 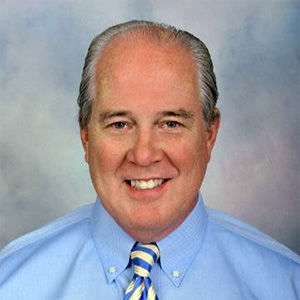 John Mortenson has a long track record of building private equity-backed businesses and assisting middle market companies as they develop effective business plans and exit strategies. He has more than 30 years of experience in senior leadership positions with successful middle market growth companies.

Mr. Mortenson’s experience includes his tenure at Medrium, a SaaS provider of cloud-based practice management systems and electronic medical records. He joined Medrium in 2006 and had served as the Company’s Chief Financial Officer and Chief Operating Officer before being named President and Chief Executive Officer and Member of the Board of Directors.

Both Medrium and Vestcom were active in the M&A market and Mr. Mortenson was involved in all aspects of the M&A and financing transactions.

Mr. Mortenson received a B.A. in Accounting from Northeastern University and is a Certified Public Accountant.

Ranjan has conceptualized and implemented diverse technology and design solutions for leading advertising, pharmaceutical, medical device, finance companies, government agencies and non-profits. He has worked in a technology support capacity in over 20 M&A deals in the U.S.

Ranjan holds an M.S. in Internet Engineering from Marlboro College and an M.B.A from the University of South Australia.